When people talk about the percentage of Christians in Japan, they usually say it is less than 1% (Source: "Christianity in Japan," Wikipedia). Yet over the years since 1960, there has been a small, steady increase, so that in 2013 the figure was reported at 2.4% (Source: "Japan Percent Christian," TheGlobalEconomy.com). Of course, for nations in which Christian churches are numerous and where a sizable percentage of their population claim Christian faith, this small increase may seem rather insignificant --  only a drop in the bucket.

However, let us consider an additional encouraging fact. In 2001 when Gallup Poll conducted its survey, the results were substantially higher than previously estimated: 6% claimed Christian faith (Source: "More People Claim Christian Faith in Japan," The Christian Post, March 19, 2006). Particularly among Japanese youth, there seems to be signs of breaking from the traditional religions.


The Gallup Organization also said that researchers were surprised by the high numbers of teens who claimed the Christian faith, while the traditionally dominant religions, Buddhism and Shintoism, though still claimed by many adults, suffered declines among teen-agers. (Source: Gallup poll of Japan finds Christianity on the upswing," ChristianExaminer, June 8, 2006).

Why are these statistics important? Because Japan has depicted by many as a graveyard for missionaries, as resistant to the good news of the Gospel. Yet the small, steady increase in percentage of the overall population which claim Christian faith and the increasing openness of youth are surely reasons to encourage those who labor in the harvest field of Japan. 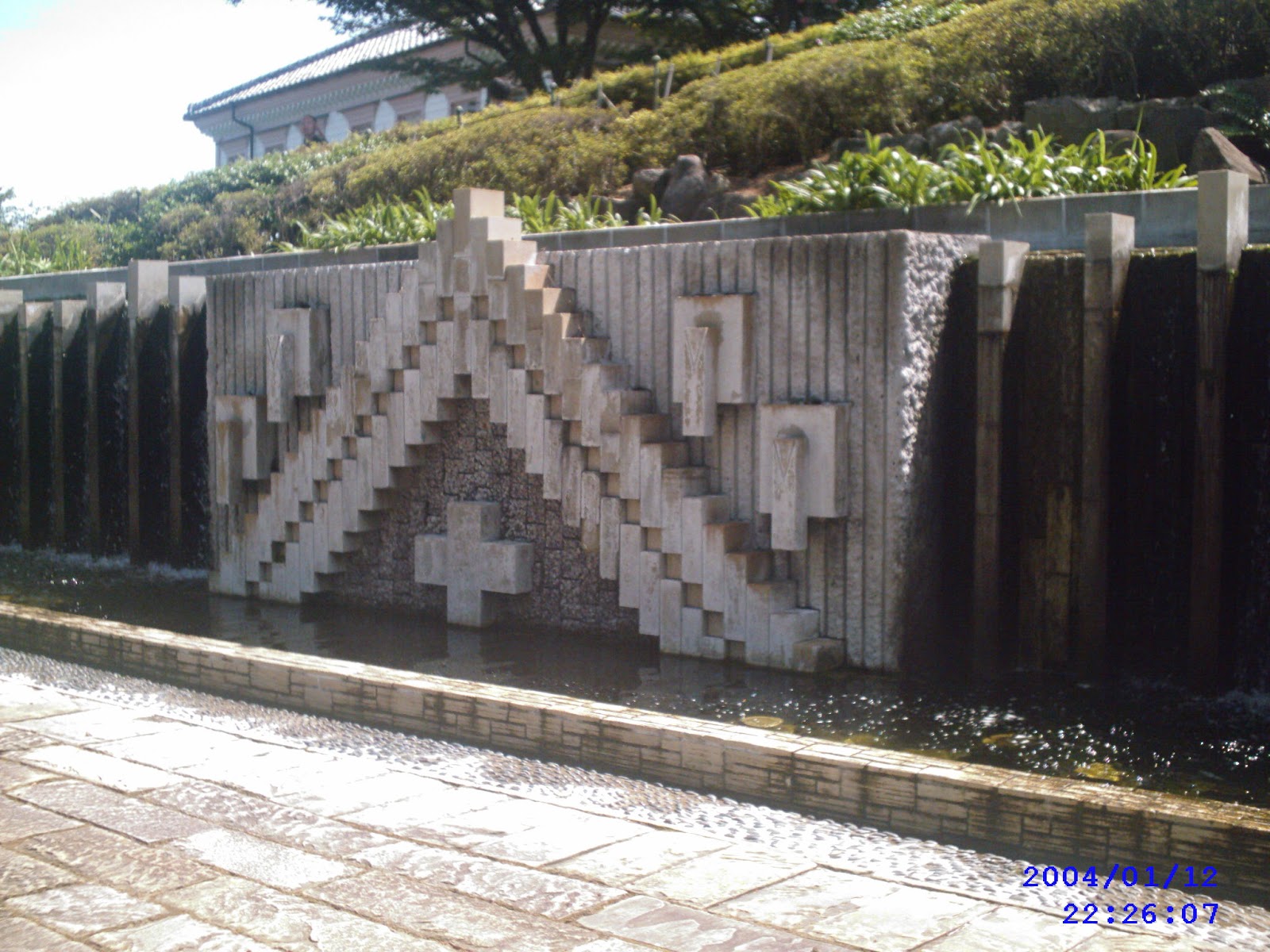 We can also draw encouragement from the history of Japan. "How so?," you ask. Let me explain.

When was the beginning of Japan's Christian history? Do you think it was the arrival of St. Francis Xavier, the first missionary to Japan in 1549? (Source: St. Francis Xavier: A Modern View of His Life and Work). If so, you're among the vast majority. But, no, go way, way back another 1,000+ years!

Similarly, a team of American and Japanese researchers who contributed to the production of a two-part DVD entitled, "God's Fingerprints in Japan," confirm that the Nestorian Christians (or Keikyo) brought Christianity from Constantinople to Japan via the Silk Road over 1,000 years before the arrival of Western Christianity (Source: "God's Fingerprints in Japan," Aloha Ke Akua Ministries, 2008).

In The Nation of the Cross (Juujika No Kuni, Nihon),  Ken Joseph, Jr., asserts that Assyrian Christians (Nestorian Christians) settled in Japan by the 5th century (Source: Japan, "The Nation of the Cross," by the 700 Club, Christian Broadcasting Network). Likewise, he attributes the arrival of Christianity to persons from the Middle East (Assyria), not from Western nations. Indeed, if you think about it, Christianity is not a western religion, because the birthplace of Christianity is Israel, the Middle East.

Wow! Within the Japanese culture, there is a Japanese name for God and a creation story which agrees with the Biblical account. So then, God is truly the God of the Japanese people too (Source: "God's Fingerprints in Japan," Aloha Ke Akua Ministries, 2008). Japanese don't have to become Western in order to become Christian. Japanese believers do not have to give up their Japanese-ness.

What about the spread of the Gospel? What do we know about the number of Christians in the early history of Japan? We do know that Francis Xavier was given permission by the local authority in Kagoshima to preach the gospel (Source: "Commemorating Xavier's 1549 arrival," News from The Japan Times, October, 1999). Amazing -- a foreigner given authorization to preach in Japan.

What happened after that? From a map dating back to the 1600s, Ken Joseph, Jr., reports that "large portions" of Japan became Christian, and that 3 million of the population of 15 million were Christian (Source: Japan, "The Nation of the Cross," by the 700 Club, Christian Broadcasting Network). What? Wait a minute! One in 5 were Christian? 20%? Fact: Japan has not always been resistant to the gospel. That is good news!

So, what happened between the 1600s and the present? Why such a small percentage of Christians in modern history? 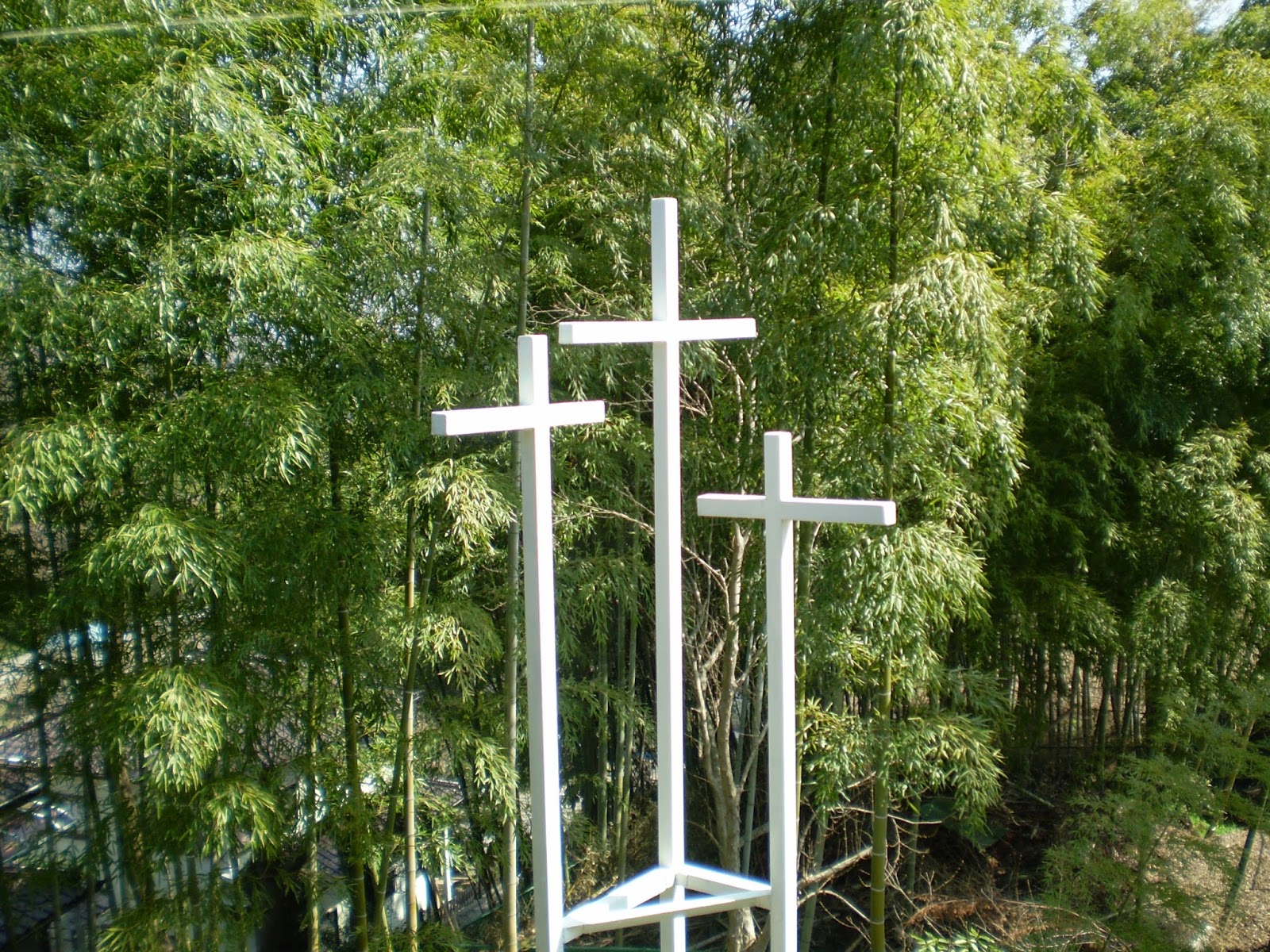 Did you know that Japan has one of the longest persecuted church histories in the world? If you said, "yes," then you are among the few who know this little known fact.

It was in 1587 (only 38 years after the arrival of Francis Xavier) that the first official edict against Christianity was issued (Source: "Japanese Martyrs," Catholic Encyclopedia, 1910.) A decade later, 26 Christians were martyred together in Nagasaki in a public spectacle (Source: "List of the 26 Martyrs of Japan in Nishizaka, Nagasaki," Twenty-six Martyrs Museum, Nagasaki).

How many perished for their faith? Information from Dutch travelers and from missionaries estimates 3,125 martyrs, plus 200,000 to 300,000 more who were ordered to kill themselves (Source: "Japanese Martyrs," Catholic Encyclopedia, 1910.)

Did the persecution and martyrdom of believers stamp out Christian faith in Japan? No! Despite torture, imprisonment, loss of property, poverty, exile, and slaughter, Japanese believers persevered unto death. Some survived as hidden or secret Christians referred to as "Kakure Kirishitan" (Source: "Japan's 'Hidden Christians'," The Japan Times, 2007, December 23). After two centuries of persecution, secret Christians were still found to be practicing their faith (Source: "Japanese Martyrs," Catholic Encyclopedia, 1910.)


There is not in the whole history of the Church a single people who can offer to the admiration of the Christian world annals as glorious, and a martyrology as lengthy, as those of the people of Japan. (Source: "Japanese Martyrs," Catholic Encyclopedia, 1910.)

Why has the public been so unaware of the Christian history of Japan? Perhaps the greatest reasons are that many historic documents were destroyed during the centuries of persecution and that the practice of Christian faith went underground during that era. However, some historic documents have surfaced. In the 1940s, an Italian missionary priest discovered and transported some 10,000 documents from the Oita Prefecture to the Vatican (Source: "Vatican, Japan to Catalog 'Lost' Archive of Christians' Persecution," The Japan Times, 2014, January 29).

Disclaimer: Please note that the following links to resources in English are provided for your convenience. Be advised that some information within a given article may change over time. However, please understand that searching for information in English (instead of in Japanese) on social issues within Japan, results in a more limited number of resources available. Periodic efforts will be made to check the following resources for “dead” links. (The date of the last revision is posted at the bottom of the page.)

Opportunities for Evangelism: Did you know that Japan has the most unreached people group of any developed nation in the world? The Christian population in Japan is usually cited as approximately 1% (or 1-2 million persons). Then in 2001, a Gallup Poll found approximately 6% of the population claimed Christian faith, a significantly higher percentage than earlier estimates. (Source: http://www.christianexaminer.com/Articles/Articles%20Jun06/Art_Jun06_08.html) Of course, the vast majority (94%) are still non-Christian. Please pray for the Lord of the harvest to send out more workers into his harvest field (Matthew 9:37-38).

Persecuted Church in Japan: Japan has a reputation as a place resistant to evangelism. Yet, Japan has one of the longest histories of the persecuted church in the world. In November 2008 at a special ceremony in Nagasaki, 188 Japanese Christian martyrs were officially recognized (beatified) by the Vatican. (For more information, see “Martyrs of Japan:” http://en.wikipedia.org/wiki/Martyrs_of_Japan)

Current Global Economic Crisis: In general, you can expect costs to be high during your time in Japan – including your food and transportation costs. And you can expect that economic instability affects Japanese citizens.

Net Café Refugees: This is a category of homeless who sleep in 24-hour Internet cafes and manga cafes. (Source: http://en.wikipedia.org/wiki/Net_cafe_refugee)

Death from Overwork: In Japan, there is a phenomenon called “death from overwork” (Karoshi) or occupational sudden death. (Source: https://en.wikipedia.org/wiki/Karōshi)

Suicide: The suicide rate in Japan is one of the highest in the world among developed nations. For 10 consecutive years, there have been over 30,000 suicides per year. Financial concerns and unemployment are often factors.  (See also: http://edition.cnn.com/2009/WORLD/asiapcf/03/19/suicide.forrest.japan/)

School Refusal (Tokokyohi): One of the reasons students may refuse to go to school is because of bullying. (Source: http://www.asahi-net.or.jp/~ja8i-brtl/school_Refusal.htm)

Tokyo: The metropolitan area of Tokyo is listed as the world’s most populated area. Also, nearly 1/3 of the population of Japan lives within Tokyo and its surrounding area. Within the Tokyo area, there are specific cities or districts which have personalities all their own and attract certain kinds of people and activities. For example, Harajuku attracts many young people; it has lots of street musicians, street fashion (gothic Lolita, etc.). Shibuya also attracts many young people and is a major nightlife area. Akihabara is referred to as the Electric Town (or Electric City). Think electronic gadgets, hi-tech items, computer games, or anime. Shinjuku is the site of the Shinjuku government towers (from the top floor, you can see the surrounding Tokyo area). The JR Shinjuku station has an estimated 3.4 million people pass through it each day, making it the busiest station in the world. Other important places in Tokyo include the Imperial Palace, Tokyo Tower, National Diet Building (national government building), and Yasukuni Shrine. In addition, there are numerous Buddhist temples and Shinto shrines. 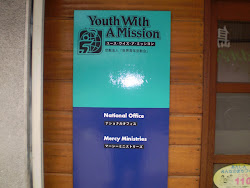 When you see this sign, you are at the front door of our Office. 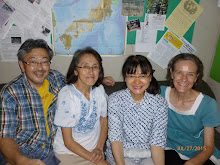 The primary ministry of the National Office staff is prayer/intercession. This includes intercession for YWAM Japan, the national government (Diet) of Japan and its leaders, the nation of Japan, as well as international relations and reconciliation between Japan and other nations (particularly Asian nations).

The National Office works with Outreach Teams and visitors to Tokyo. When staff is available, prayer-walks in Tokyo can be scheduled.